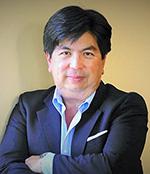 Congress appointed Michael Yaki to the U.S. Commission on Civil Rights in February 2005, and reappointed him in 2010 and in 2017. Mr. Yaki has a long and distinguished background in public service. Prior to his service on the Commission, he was elected and served on the San Francisco Board of Supervisors from 1996 to 2001, and prior to that served as a senior advisor to House Democratic Leader Nancy Pelosi for many years. He also was a lecturer in Political Science and Urban Studies at San Francisco State University from 1996-2000. He is the recipient of commendations and awards for his public service, including awards from the Organization of Chinese Americans and many advocacy groups for civil rights and communities of color.

Mr. Yaki graduated from the University of California, Berkeley and Yale Law School. Following law school, he clerked for the Hon. Harry Low, the first Chinese-American appointed to the California Court of Appeals.