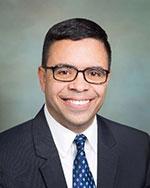 Debo P. Adegbile is a partner at Wilmer Cutler Pickering Hale and Dorr, LLP, a position he has held since 2014. Previously, from 2013 to 2014, Mr. Adegbile was Senior Counsel to the Chairman of the United States Senate Judiciary Committee. Prior to the Senate Judiciary Committee, for over a decade he held a number of leadership roles at the NAACP Legal Defense and Educational Fund, Inc. (LDF), including, Acting President and Director of Litigation. During his time at LDF, Mr. Adegbile argued two of the most significant civil rights cases in decades before the US Supreme Court, Northwest Austin Municipal Utility District No. 1 v. Holder, and Shelby County v. Holder. Both cases involved constitutional challenges to core provisions of the Voting Rights Act of 1965. Prior to joining the LDF, he was an associate at Paul, Weiss, Rifkind, Wharton & Garrison. Mr. Adegbile received a B.A. from Connecticut College and a J.D. from New York University School of Law.