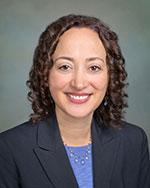 Before coming to the Commission, Lhamon served as the Assistant Secretary for Civil Rights at the U.S. Department of Education until January 2017. President Obama nominated her to the Assistant Secretary for Civil Rights position on June 10, 2013, and she was unanimously confirmed by the U.S. Senate on August 1, 2013. Immediately prior to joining the Department of Education, Lhamon was director of impact litigation at Public Counsel, the nation’s largest pro bono law firm. Before that, she practiced for a decade at the ACLU of Southern California, ultimately as assistant legal director.

Earlier in her career, Lhamon was a teaching fellow and supervising attorney in the Appellate Litigation Program at Georgetown University Law Center, after clerking for The Honorable William A. Norris on the United States Court of Appeals for the Ninth Circuit. In 2016, Politico Magazine named Lhamon one of Politico 50 Thinkers Transforming Politics and the National Action Network honored Lhamon with their Action & Authority Award. In 2015, Yale Law School named Lhamon their Gruber Distinguished Lecturer and the Association of University Centers on Disabilities awarded Lhamon their Special Recognition Award. Chronicle of Higher Education named Lhamon to their 2014 Influence List as the Enforcer. The Daily Journal listed her as one of California’s Top Women Litigators in 2010 and 2007, and as one of the Top 20 California Lawyers Under 40 in 2007. In 2004, California Lawyer magazine named Lhamon Attorney of the Year for Civil Rights.